You can see the general information, products and catalogs, contact informations and introduction videos of our members via MİB Members Directory page.

One of the main working areas of Turkish Machine Manufacturers Association (MİB) is to co-operate local and international fairs and exhibitions in order to increase the effectiveness of its members in domestic and global markets. Members of MİB are privileged to exhibit their high-valued products in the most prestigious fairs and exhibitions with the least possible expenditures. 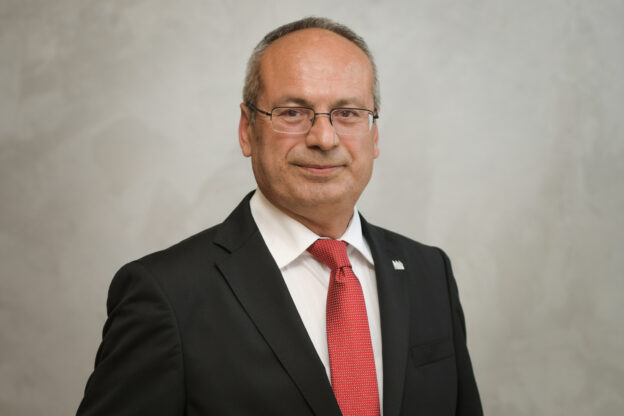 Zülfikar Kılıç was born on October 22, 1964, in Çankırı Örenköy. He completed his primary education at Ankara Dikmen High School and graduated from Middle East Technical University (METU) Mining Engineering Department in the 1987-88 academic year with a bachelor’s degree. In 1989, he worked as Factory’s First Engineer at Magnezit A.Ş in Eskişehir. In 1990, he started to work as an Assistant Specialist at the Undersecretariat of Treasury and Foreign Trade (HDTM) General Directorate of Exports. Between 1990-1991, he received his master’s degree in the Department of Business Administration at METU. He continued to work as Assistant Specialist in HDTM General Directorate of Economic Research and Evaluation since 1991. In 1994, he was entitled to HDTM Specialization with his thesis named “Measurement of Agricultural Incentives Provided in the Agricultural Sector in Turkey-Agrolink Model”. Between 1996-1999, he worked as a Commercial Counselor at the Tehran Embassy of the Republic of Turkey (Iran). In 2000, he worked as a Specialist at the Undersecretariat of Foreign Trade (DTM) Export General Directorate. Between 2000 and 2003, he served as the Branch Manager at the DTM General Directorate of Agreements, and as the Head of the Department between 2003-2005. Between 2005-2008, he served as the Chief Commercial Counselor at the Beijing Embassy of the Republic of Turkey (People’s Republic of China). In 2009, he served as Deputy General Manager of DTM Exports. Between 2012 and 2017, he worked as a Commercial Counselor at the Addisababa Embassy of the Republic of Turkey (Ethiopia). He retired at the beginning of 2022, following his duty as the Advisor to the Minister of Trade between 2018-2021. He is fluent in English.

Made Possible by SD Media

We use cookies on our website to give you the most relevant experience by remembering your preferences and repeat visits. By clicking “Accept All”, you consent to the use of ALL the cookies. However, you may click "Accept Only Necessary Cookies" to consent to the use of the necessary cookies only.
Accept Only Necessary CookiesAccept All
Manage consent

This website uses cookies to improve your experience while you navigate through the website. Out of these, the cookies that are categorized as necessary are stored on your browser as they are essential for the working of basic functionalities of the website. We also use third-party cookies that help us analyze and understand how you use this website. These cookies will be stored in your browser only with your consent. You also have the option to opt-out of these cookies. But opting out of some of these cookies may affect your browsing experience.